No longer the times we have said, but Xiaomi has managed to surprise everyone with the new Xiaomi Mi Mix 3. As pointed out rumors, the phone has up to 10GB of RAM, four cameras. The Chinese manufacturer has just presented its new star terminal, a full screen phone with 93.4 percent front. The dimensions of the Xiaomi Mi Mix 3 are determined by a 6.3 inch Full HD + OLED screen with an aspect ratio of 19.5:9. Despite the rumors, this Xiaomi model does not mount an ultrasonic fingerprint reader under the screen, but a conventional one on the back panel. 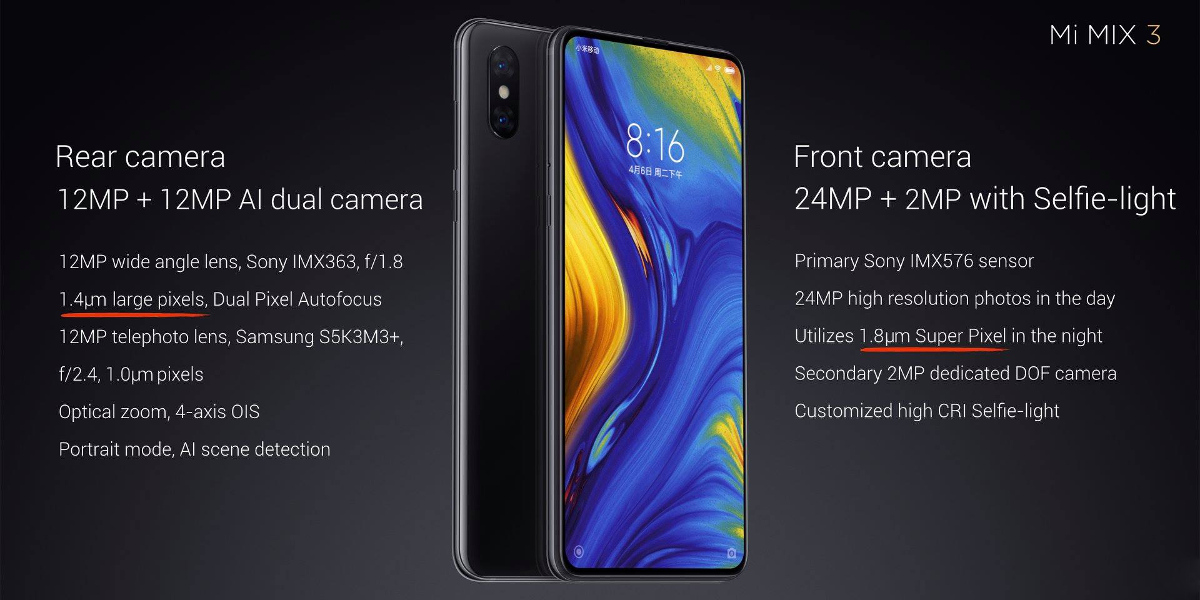 It comes with a Snapdragon 845 processor to move the entire system. As for the battery, the Xiaomi Mi MIX comes with a capacity of 3.200 mAh. It can be charged wirelessly up to 10W so its charging speed is higher than what we are used to.

Undoubtedly, memory is one of the highlights of the technical specifications of the Xiaomi MI Mix 3 since we have a RAM that reaches 10 GB in its model of higher performance. Even so, we also have the 6 GB and 8 GB versions available. Another option to choose is differentiated by its internal space with 128GB or 256GB model without the possibility of putting an SD card.

For this model the manufacturer has decided to use double cameras in each part of the Xiaomi MI Mix 3. Two rear 12 megapixels each and two front 24 and 2 megapixels. Also comes the slow camera at 960 fps in the rear chambers of the phone. If with the Xiaomi Mi Mix 2S they chose to take the front camera to one of the corners. Xiaomi has opted for the drop-down camera to avoid the controversial notch.