Now, the new wonder of Xiaomi, is already before us one of the smartphones that more expectation has caused in recent times with which Xiaomi has managed to face the Galaxy S9, iPhone X, OnePlus 6 or LG G7 and and winning in many cases. 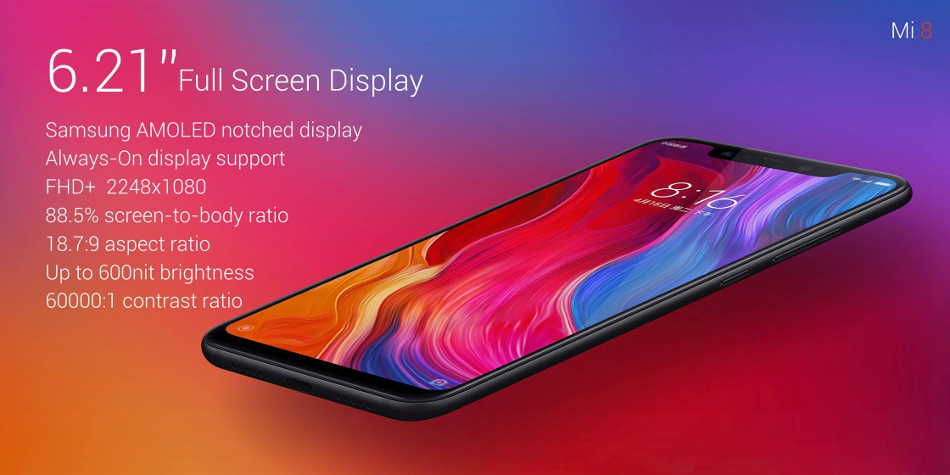 Finally with this Xiaomi Mi 8, has removed the spine of previous model, the Mi 6 that defraud something for its design and features, I expected something better. But with this Mi 8 we are already talking about the biggest evolutionary leap the company has made but the main reason to name it Xiaomi Mi 8 is that this year marks the eighth anniversary of Xiaomi’s birth and what he has wanted to do in a big way.

Let’s talk about the heart of the new Xiaomi Mi 8 works through a powerful eight-core Snapdragon 845, which is today the most powerful processor created by Qualcomm and is equipped with 6GB of RAM. We find different versions according to their internal storage which is 64, 128 and 256 GB respectively. 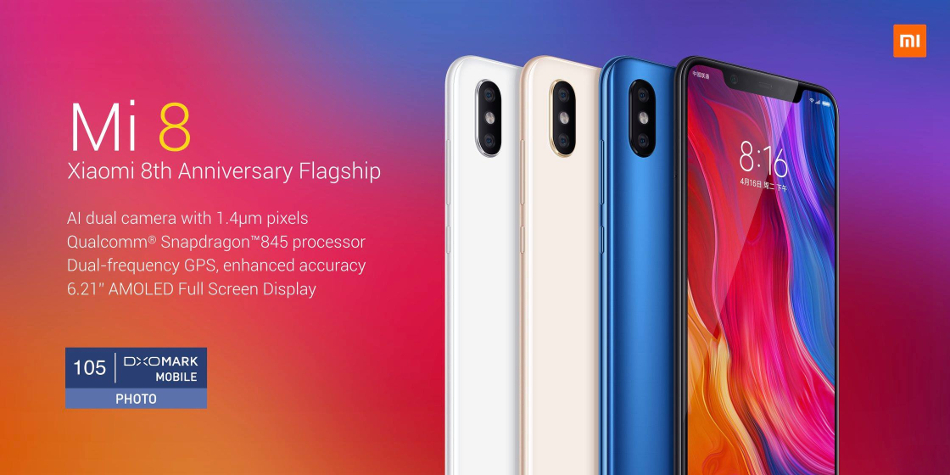 In the section of the screen incorporates an impressive screen AMOLED 6.21 inches has a resolution of FHD+ of 1.080 x 2.248 pixels with a contrast ratio of 60.000:1 and 600 nits, exactly the same as found in the iPhone X. It incorporates a terminal screen takes advantage of the 88,5% of the front incorporating notch and 18:7:9 screen ratio as they mark the current canons of the high range. In the percentage of use of the front Xiaomi is victorious against the Apple X or the Samsung Galaxy S9+.

If we talk about the cameras, in the back we came across the main camera, a double rear camera formed by two 12Mp sensors created by Sony with really good results seen as well as a four-axis optical stabilizer so that our photos do not move even in low light conditions. As for the front camera we find an impressive lens very bright with aperture f/2.0 and a sensor of no less than 20 MP also favored by the AI. 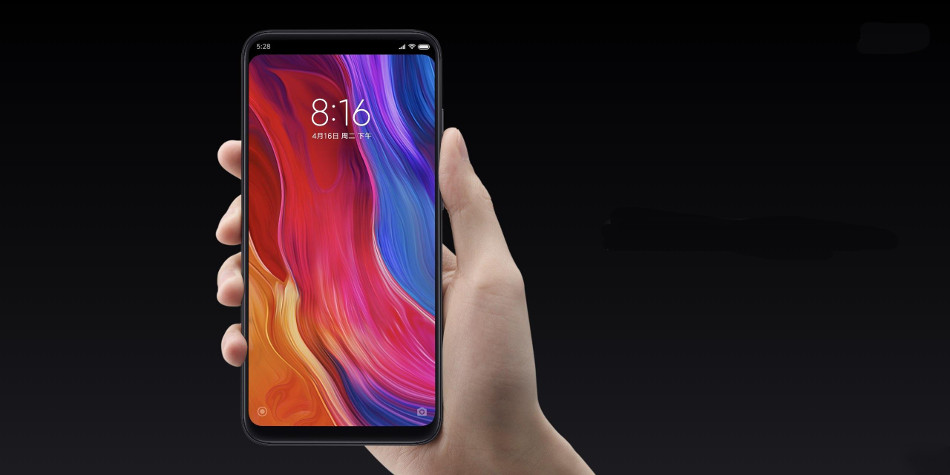 It is the first mobile of the market with GPS of dual frequency that will provide a much more precise positioning, faster and with lower consumption and this is one of the innovations that Xiami has brought us and that will soon be implemented by other brands, especially Chinese. Its battery is 3.300 mAh, although the good management offered by MIUI of this will allow you to get all the performance. Other options that also incorporates fast charging, the new Quick Charge 4.0 of Qualcomm and also charge wireless Qi standard.

In the back we find a fingerprint reader while maintaining the lateral curvature of the edges, which in these two aspects is quite different from the Apple model. Its dimensions are 154.9 x 74.8 x 7.6 millimeters with a total weight of just 168 grams.